What happened to Quibi and other reasons start-ups fail 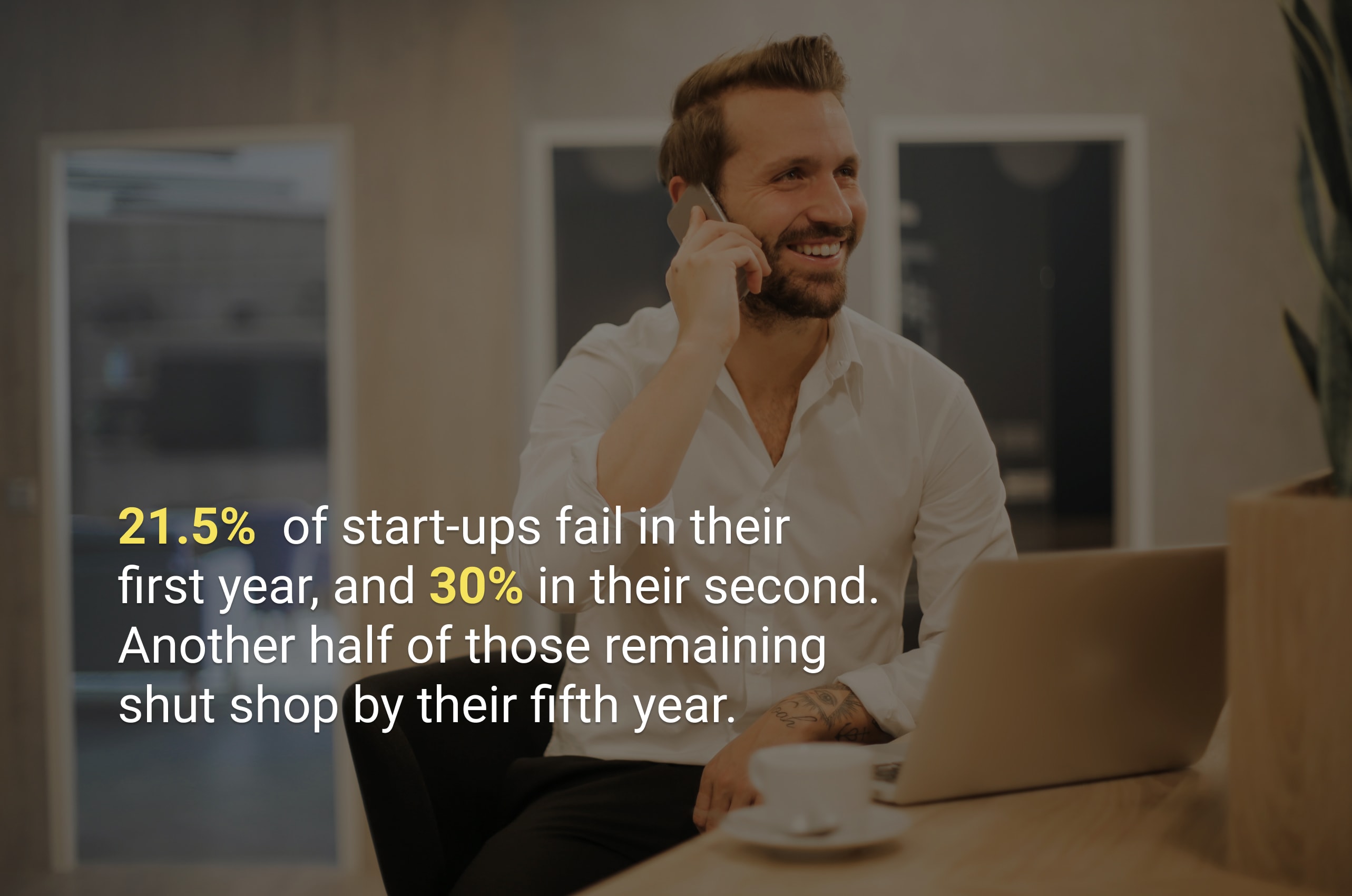 When babies are born, a variety of rituals may be performed, from head shaving to christening. Gifts are bestowed upon the new arrival, speaking to belief in the baby’s long-term potential for a full life. If not, obligation, or admiration for the parents taking the leap in the first place. This is how lucky babies come into the world.

Seed funding is essentially the earliest stage of financing a start-up; fronting the costs of its bare legs, from a business plan to operational expenses, to your very first desk chair. You’ll conquer the world from that chair. Anything is possible now!

But also it’s not. Notoriously, 21.5% of start-ups fail in their first year, and 30% in their second. Another half of those remaining shut shop by their fifth year.

There are always a variety of factors leading to failure. Many are concurrent or subsequent and worsen over time. It would be folly to suggest that anyone could give you a catch-all reason. Context is always relevant. There also aren’t any fail-safes. You can have some of the brightest entrepreneurial minds and wallets and promising market studies, and it can still tank.

Take Quibi. I thought everyone knew about Quibi, but I still speak to people who don’t, so I’ll mention it again here.

In theory, it was a solid idea. Younger generations are into short-form content, right? That’s the cool thing. Why don’t we create a short-form streaming app for on the go viewing, with award-winning content featuring big names? All bite-sized, less than 10 minutes, designed for mobile consumption.

Quibi failed in six months, its $1.75 billion investment down the drain. 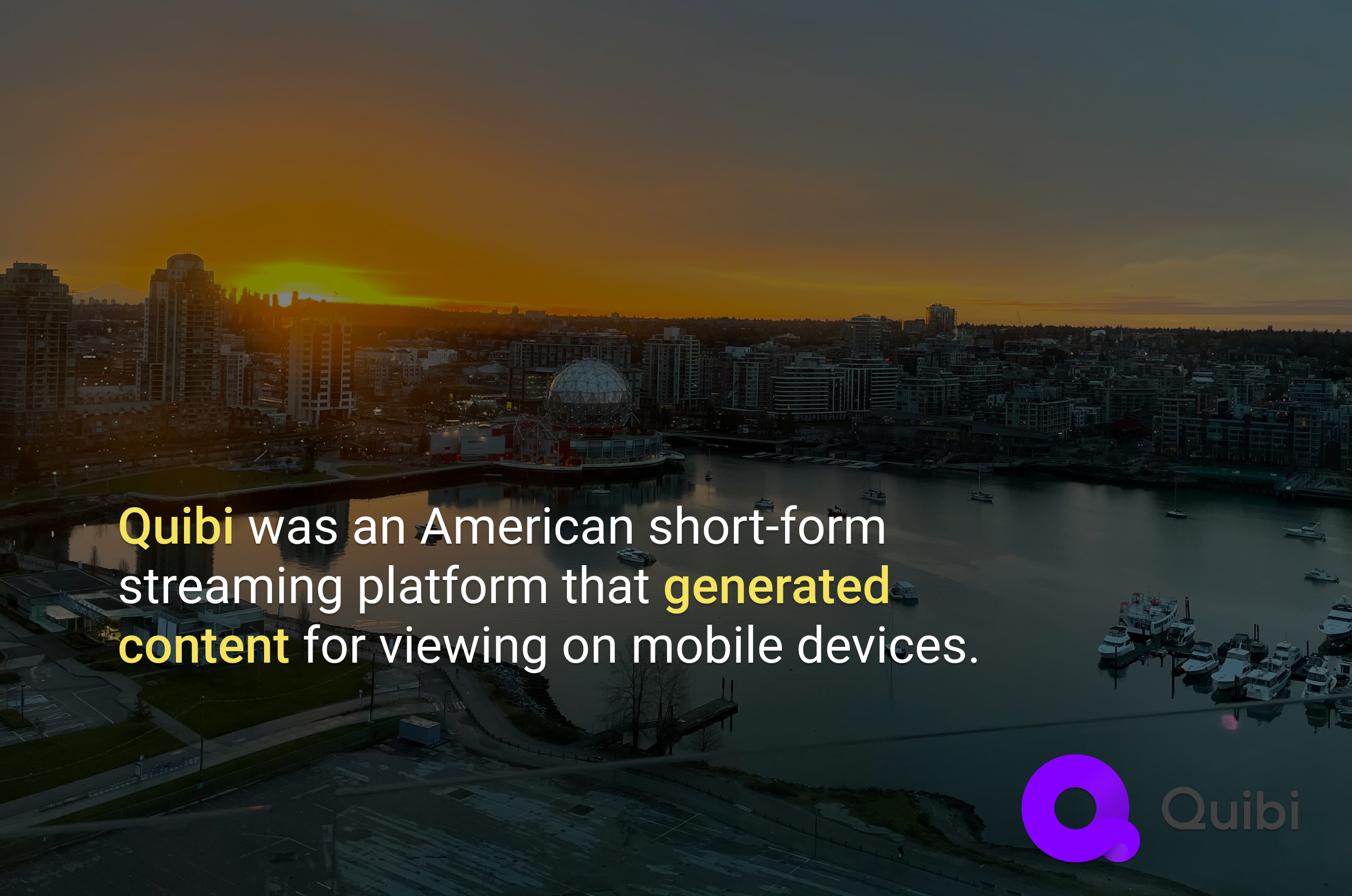 Now look, if I had a couple million to toss around for investment, would I have tapped Quibi? Probably yes. That said, to my mind, there were some flags. A matter of opinion perhaps, but let’s all take this with a grain of salt, not heavily, and we can dive in.

I think that in assessing the viability of the idea, they forwent the context in which people typically consume short-form content. Who is the biggest provider of short form content? YouTube. It’s the second-most visited site in the world, after our Lord Google. Let’s compare the pair.

Unless you’re a premium subscriber, YouTube is free, which means all you have to do is deal with a few ads. Quibi was subscription-based - for $4.99 a month you still had some ads to deal with, or you could pay more to get it without. That’s obstacle number one. They did offer a 90-day free trial but again, what consumers want more than anything is convenience. The process of signing up for a trial, however brief, can still feel like more of a hassle than an offer. Especially when they’re already using a service they love, who don’t have hoops.

Next, it only worked on mobile, and you had to download the app first. This was a strange choice -- only 40.9% of YouTube’s traffic comes from mobile, and even though you can download the app, you don’t need to -- the web browser version is just as accessible.

Lastly, and to my mind, most importantly, was content. You can’t say that YouTube and Quibi took a different approach -- YouTube doesn’t curate its own content; users drive performance. Quibi did. Short-form, but narrative! It’s understandable why you could think this would work. But for new ideas to be adopted by the masses, it needs to provide real value in a new way.

The barometer for engagement was right there all along - YouTube’s stats reflect what the people have spoken. The highest performing content is funny, bizarre or informative. Absolutely there is well-performing narrative content on YouTube. But it never makes the top ten of what is consumed.

Short films very rarely take off -- for whatever reason, you just don’t hear large swaths of people speaking about them; it’s mainly cinephiles or filmmakers. Sure, perhaps Quibi was the way to popularize them. But short-form speaks to quick, easy, convenient. All things that YouTube provides. While the content of Quibi may have done that to some extent (if it wasn’t too dramatic or heavy), its infrastructure did not.

Defiantly, the CEO Jeffrey Katzenberg initially blamed the pandemic for subscriptions falling short of business plan projections, saying that if more people were ‘on-the-go’ they’d be consuming content. Well, that’s patently untrue - YouTube’s revenue saw a 30.4% increase in 2020. They also refused the viability of a pivot to free service with ad-based revenue. As their content reportedly cost $100,000 per minute, apparently this was even less justifiable than failure.

According to Bloomberg insiders, self-sabotage and stubborn management were also contributing factors, with saving face prioritized over honest assessment.

So with that preliminary case study, let’s look at some of the factors that contribute towards start-up failure, bearing in mind that much like marriage, most people don’t enter into business expecting it to fail. Unfortunately there are many things outside of the realm of control, which is why there isn’t a catch-all problem (or solution). The greatest markers for success are persistence, awareness and versatility. And much failure.

Here’s the thing - delayed gratification doesn’t omit gratification. It just means getting your foundation solid first. When companies misinterpret their target market regarding important aspects such as value, access, context and cost, it can be disastrous. With your ultimate aim being return on investment, you’ve got to know what it means to deal with those who fund your returns; your customers.

Seed funding occurs before the venture has proven itself at-market. So do everything you can to simulate what its performance will be, ahead of time. A litmus test is asking your participants questions related to improvement first. What don’t they like? Do they think their friends would be into it? Who provides a better product or service already?

Remember, too, that it’s not just about whether your product or service are great, likeable or disruptive. You’ve got to look into how you’re going to get people to try it. Test the method, and see if you get bites.

In a survey of start-up founders, their most common advice urged newbies to take their time with market research. The more you probe, pilot and test, the more you can move forward with cautious confidence.

What is working for your competitors? How can you leverage that information to understand what customers want? What gaps can you fill, what more value can you offer? How can you make sure there are zero barriers to adoption, and that you get the word out?

What’s more important than your experience in leadership is your team’s experience of your leadership. Remain open to internal feedback and know that if you’re good at hiring, you have people on your side who want what’s best for the business. They’re worth listening to.

Keeping up appearances is a much weaker move than honest failure. It also makes you a lot less trustworthy. Owning your mistakes and looking at the hard facts are the only ways to deal with the inevitable roadblocks you’re going to face. That’ll keep you open to pivots, which can frequently be the lifeblood of a business’ future.

Having the internal fuel to go above and beyond, work with passion and positivity will speak volumes. Decision-makers need a delicate balance of certainty and openness in order to pursue growth.

Beaten to the Punch

Maybe you have a wunderkind idea which is a first mover, or your tech takes some time to develop. You’re taking a risk investing your time and money, particularly if you’re not well known in the industry. Unfortunately, other companies can make first to market, individuals with more resources can develop tech faster and you can be out-run. Despite the best of intentions or the ‘fairness’ of the landscape, it’s a rat race.

This can happen several years into the lifespan of a company, too - that’s why ongoing evolution is so important. Periscope popularized live streaming, but six years after launch was forced to close when eclipsed by services like Twitter, who offered the same thing, in a more relevant context.

This is a competitive market. If you’re not providing something of value, if you’re trying to find ways to squeeze money without contributing, consumers will go elsewhere. Frankly, I don’t care if you’re a brilliant mogul with smart ways to edge extra revenue, unless you care about your end of the deal. You’re a less likeable human being, and nowadays, you’re less likely to thrive, because a little thing called reciprocity is invading business dealings.

If your tech doesn’t live up to your copy, wait until it does. ScaleFactor learned the hard way when its bookkeeping software didn’t live up to its promise, and made life hell for external accountants hired to clean up its mess.

Another company, Jumpshot, was exposed by online publications for having hosted the selling of private web user data, totally violating the trust levels of users. The data collection arm was shut down immediately.

I’ll give you a pat on the back for a cool idea. You might even get more pats on the back during market research. But you won’t get customers if that’s all you’ve got. You need to provide something of more value, convenience or ease. Your already-established big fish competitors aren’t going away.

Tech legal start-up Atrium had a great idea for a pivot -- virtual-only legal services. But guess what? It did nothing to increase operational efficiency for their clients. A total belly-flop. There was nothing for them to entice customers away from traditional offerings. They went under, after a $75 million start.

Customer experience is the endpoint, and should be the priority. That’s where you’ll find the key to a competitive advantage. Keep looking until you find one.

I begrudge including this one; this is what many start-ups list as the cause of failure. Of course, that’s probably true, and I don’t want to patronize anyone’s financial  struggles, which are full of stress and discontent. But with such dire statistics regarding the longevity of start-ups, if I were breaking out on my own, I’d make a three year plan that assumes no profit. Some blogs tell you to build a business model with ‘predictable, sure’ revenue calculations. I say nothing is sure, or predictable. Don’t start until you’re ready, and you’re not ready until you’re prepared for failure.