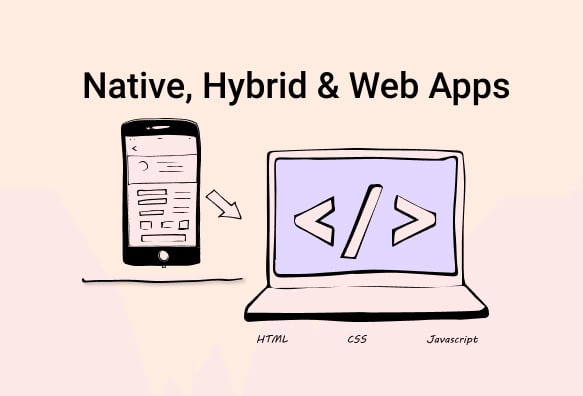 When you first wade into the world of mobile app development, it can feel a little overwhelming. There’s just a lot of jargon and flashy competition. Part of our mission at Synic is to make tech accessible by breaking it down and taking care of projects, from end-to-end.

Believe it or not, mobile app development IS scalable, and quickly becoming an essential tool for businesses. Worldwide, mobile traffic has overtaken desktop traffic, and in the United States, it’s already at a fairly even split.

Here, we’re going to tell you a little bit about native, hybrid and web apps. We’ll break down what they actually are, the differences, pros and cons.

An OS is essentially the thing that allows your mobile device to run programs and apps.

Let’s lay out some of the different operating systems on the market:

Android, from Google, is more free flowing. As an open source system, developers are able to alter the code, and any device makers are able to use it. It dominates the market with a 71.81% market share as of March 2021.

Samsung’s OS Tizen holds less than a percentage of mobile market attention. It’s open source, but has been less successful gaining a foothold in this arena than it has in wearables and smart TVs. Samsung is a huge manufacturer of TVs; it’s clear that if you’ve got the product edge, you’re likely to gain software territory, too. Its popularity in wearables has speaks to a more competitive market space, with room for jostling to take a piece of the pie.

For posterity, in this article, we’ll reference the two big mobile fish; iOS and Android. Technically, it is their pond.

Both closed and open source systems are smart, for different reasons. Apple gets to maintain the customer base it builds (currently about a quarter of the market share) through loyalty to good experience. Android diffuses its operating system to a wide market, generating profit and familiarity. 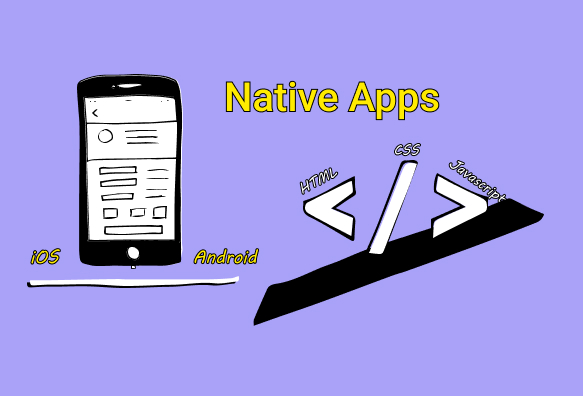 The most restrictive, but arguably the most efficient option, native apps are built specifically for one kind of device or platform. A developer will use the platform-specific language (for iOS it’s Objective C or Swift, for Android it’s Java) to build out your app. Users of that platform can then download it to their device.

On the plus side, native apps can operate when the device isn’t connected to the net, and has an Application Programming Interface (API) intermediary. In layman’s terms, that means the app can access device features, such as the contacts list and camera. They are fast, reliable and provide excellent UX experience with less hardware. They are also more secure.

The catalytic downside is their exclusivity. It depends who you’re trying to reach; if you’re happy to target one platform’s users over the other, that’s great. But if you’re planning on developing separate native apps for both platforms, you should probably check the piggy bank. Because the language for each app is different, you most likely will need two different developers, as many specialize.

It’s also a challenge to develop two apps separately, and ensure consistency of experience and design. Maintenance can also be a challenge. You’ll never be doing just one update at a time! Caveats aside, for robust usability and optimized experience, native apps really are the go to.

These have the look and feel of an app, without necessarily being the traditional idea of what an app is. Namely; it operates in a browser, and you can’t download it to your device. It looks like a website, and users navigate to it with a URL.

They’re simpler, with multi-platform functionality and different development languages to play with, including HTML5, JavaScript and Python. This often makes them the less expensive choice in app development. Development and ongoing updates are much quicker.

On the downside, you don’t have your whimsical icon on a mobile user’s home screen to prompt engagement, and they can run slower and less efficiently. They are less intuitive and don’t work without an internet connection.Think of them as the polar opposite to Native Apps, in terms of pros and cons.

If you’re looking for a one-stop solution, a hybrid app may be the way to go. It’s called hybrid because it’s really a marriage of a native and a web app. They rely on a language being embedded in a browser, like a web app, but the browser is then embedded in the app. They’re generally less expensive than native apps, but they run on all platforms just like them! The app just slightly adjusts where needed to function where it’s being used.

WHAT? You say. WHY BOTHER WITH THE OTHERS?! This is CLEARLY superior as it does EVERYTHING and is cheaper!

Hold your development horses. The pros of hybrid apps are crystal clear. Besides the above, you’ve also got an easier time with maintenance as you’re only even updating one code base. They’re quicker to develop and can be downloaded to the user’s device.

However. Efficiency and user experience are compromised. Hybrid apps run slower, and you also risk certain features not functioning well on certain platforms or devices. These hitches can really impact user experience, as an app that seems great on one mobile appears antiquated on another. Unfortunately that’s not a distinctly rare occurrence; think back to your own experiences with apps that fall short and look plain weird. You also don’t have the full functionality of a native app, i.e. the interaction with device features.

But which should I choose?

Not to get too philosophical, but only you can answer that. Essentially, the best choice will always be the best choice for your business. No app category is superior to another; they just serve different functions. Your ultimate objective in developing an app, as well as your budget, will help inform your decision. Clarify your purpose and go from there.

If you have any questions or want to check out how we can help you with your mobile app development, feel free to get in touch. Apps are not exclusive, and we want to help you be ambitious with whatever your means. We’re determined to bring tech to the masses.