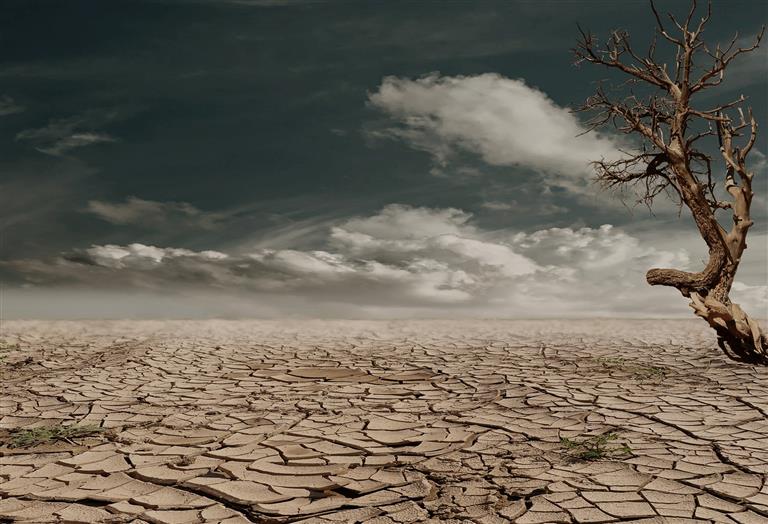 As we celebrate Earth Day and the growing momentum to do better, we reflect on our own contributions. As a software development company, we’re aware of the impact tech has on the environment. It’s part of our responsibility to check in, educate and do better. And we want to put the focus on solutions. AI and ML are exciting arenas for investment and ingenuity against the climate problem. Here, we’ll tell you a little bit about why they deserve a good hard look...

Most of us have heard the global understanding for climate change mitigation; the 1.5°C upper limit. Described by the Intergovernmental Panel on Climate Change’s Special Report of 2018, it described the multi-dimensional consequences of broaching this parameter in global warming, beyond pre-industrial levels.

“The scientific consensus demands that emissions be cut in half by 2030 in order to avoid the worst effects of climate change — and be reduced to zero by 2050.”

The huge increase in greenhouse gases (GHG) concentrated in our atmosphere is driving global warming. How? The GHG trap heat in the atmosphere, with climate effects potentially catastrophic without action. So while the IPCC’s projections for temperature increase are uncertain and based on six different scenarios, the long lifeline of GHG means we can’t afford complacency and must assume the worst possibility. Once emitted, these gases stick around for centuries; there’s no taking it back once it’s out there.

The science of artificial intelligence (AI) and its branch of machine learning (ML) are ripe for sophistication. Their viability and that of other technologies to make innovative contributions to the climate change solution is realistic, acute, and profitable. The implementation of new technologies occurs in stages.

The stages of technological change are as follows:

We will explore the above steps in the context of general impact and real examples. For more in-depth information, I recommend this paper by leaders in the field of AI and ML, and this research from Edward S. Rubin.

In the context of mitigating and solving GHG emissions, as there is no immediate, all-encompassing fix, invention is vital. The one idea which could provide such a solution; carbon capture and storage, to prevent it from being released into the atmosphere, has yet to be sophisticated enough to be a permanent solution. So ideation and innovation are crucial kindling in the life span of a new technology that could devitalize the climate problems we face today.

Part of the genius of ML is that at its most intelligent, it is self-learning, and can uncover new knowledge that has yet to be discovered. It can enhance new technologies to process data quickly and accurately, identify opportunities, implement processes and mitigate risks. Because the practical opportunities for ML impact are numerous, penetrating many industries, we will mention just one here; energy consumption.

This, the largest contributor to global warming, according to Edward S. Rubin at Carnegie Mellon, “accounts for roughly 85 percent of all GHG emissions”. This demands conscientious shifts into renewable energy to replace coal-powered electricity. Alternative options are rapidly becoming more utile and affordable. However, as wind and solar are variable energy sources, one of the biggest obstacles is the problem of storing energy once generated, with current storage technology working for “less than four hours”.

The creation of solar fuels would be revolutionary in allowing us to store this energy for later use. However with the science of materials not fully known, solar fuel is not yet a reality. ML could allow for fast and efficient examination of data; projection and accuracy of outcome, and discovery of solutions we don’t yet hold, including how to make the concept work. Wind operators are already using AI and improved weather forecasts to position their turbines for enhanced performance.

Early prevention is another advantage that AI can provide. Through immediate detection of methane leaks, potent GHG emissions can be mitigated and repairs implemented. Modelling emissions, reducing waste, scheduling and control of processes are also aspects of energy generation that AI and ML can optimize.

The possibilities of imagination are endless, and so is the efficient potential for ML and AI development to shift our trajectory in global warming. 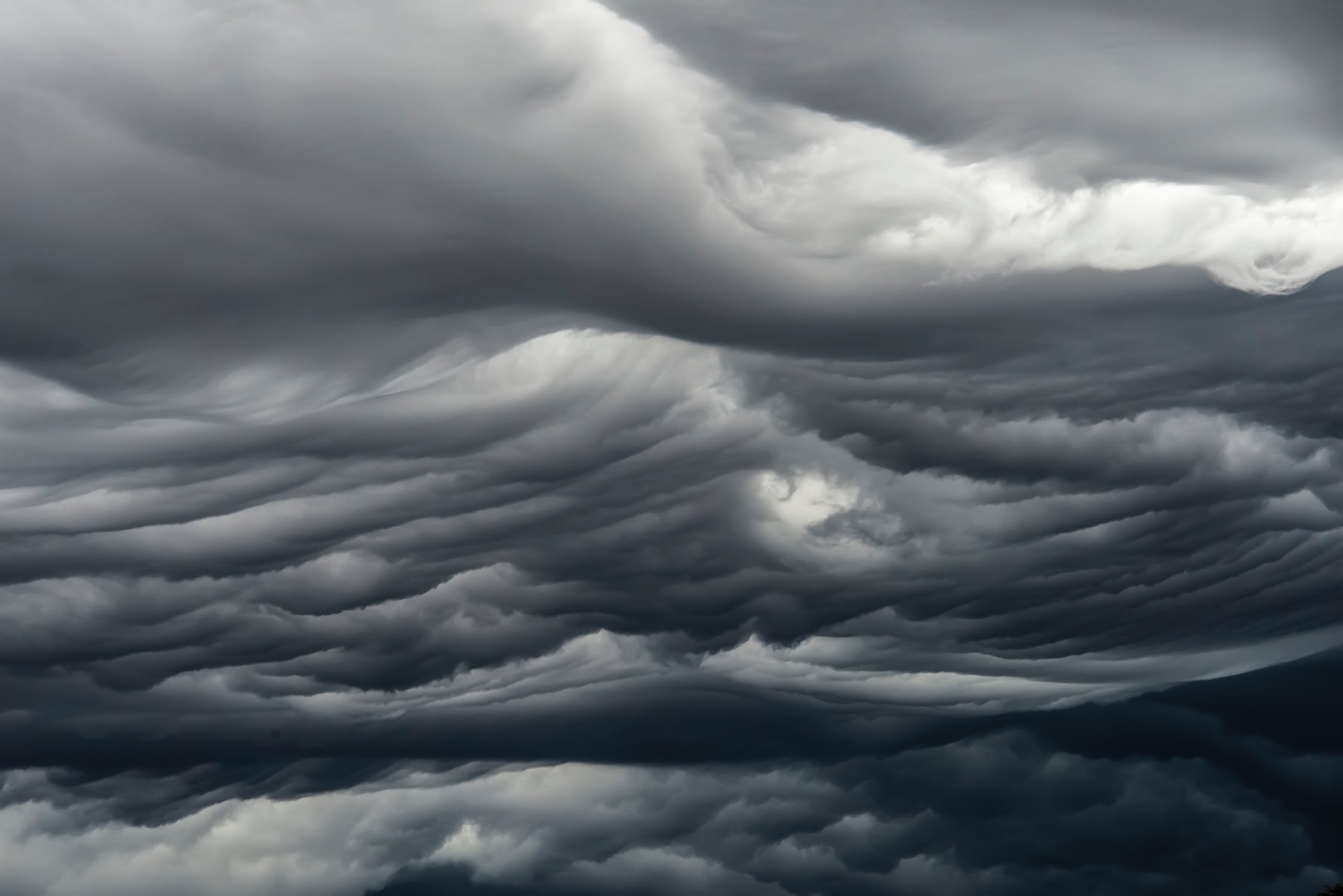 Investment and leadership in the use of new technology and sustainable solutions is vital.  As prominent AI and ML researchers put it, “Such a diversity of [climate] problems can be seen as an opportunity: there are many ways to have an impact.” Entrepreneurs have the opportunity to be at the forefront of what is currently a “wide-open space” in the industry. Common sense speaks for itself; entrenching oneself in old ways of doing things is the most surefire way to become irrelevant. Business innovators recognize that demand has risen in line with public education and urgency; it’s a massive opportunity for money-making and for brand establishment.

According to Pew Research Centre and generally attentive people, younger generations are highly motivated to advocate and act for environmental change, regardless of political affiliation. Our future leaders are the greatest indicator of the way industries will grow, and how common purpose will evolve. The choice to invest in AI and ML solutions that asset research and conscientious consumption, means high profitability potential.

Investment doesn’t just mean in innovative technology. Mitigation can have a huge impact, including in consumer appeal. This is particularly true for the tech ‘giants’, for whom media and political scrutiny abound. These larger companies can be undermined by their huge contribution to the climate problem, their resistance to regulation and general monopolization of industry. Many are making voluntary commitments to climate targets, but scientists are quick to hold them accountable for gestural versus authentic change.

Last year, Apple proclaimed that by 2030, all of its products would have net-zero emissions. 75% of efforts are aimed at the manufacturing chain, which is especially beneficial. However, the other compensatory efforts, towards reforestation, have minimal real-time impact and don’t undo the damage of the 25% percent of emissions that they represent. These are still being released into the atmosphere. Further undermining efforts are tech giants’ artificial intelligence and cloud computing services that help oil producers find and extract oil and gas deposits, which Greenpeace said is “significantly undermining... climate commitments.”

As so much of our energy use can be traced back to consumption, education around conscientious consumerism is equally imperative. Amazon employees have pressured CEO Jeff Bezos to stop political donations to representatives who deny climate science, while media and political scrutiny abounds as to how Facebook can stop the spread of disinformation on its platform. From simple fact confusion, such as recycling being a solution rather than a last resort, to the larger problem of climate science denial, misinformation roots itself as truth. In the right hands, tech companies have a huge platform for transparency and leadership.

Innovation, mitigation, renewable energy and education are essential in adopting technological solutions for climate change. Whether you’re in the business of caring about the environment or just caring about your profit margin, common sense dictates that investment in these efforts is a smart move. With 63% of Americans telling Pew Research Centre that stricter environmental regulations are worth the cost, now is the time to act.

Ultimately, government regulation and policy is instrumental to true impact. Without this reinforcement, the market will not be compelled to change as quickly as it must to meet emission targets. Per Rubin, “Only by government actions that either require or make it financially worthwhile to reduce GHG emissions are sizeable markets created for the products and services that enable such reductions.” Electric cars and solar power; both are technologies that have received widespread diffusion through government support.

At its most basic level, these policies can be voluntary incentivized opportunities and mandatory regulations. Most have heard of a carbon tax, or tax credits for purchases of new technologies. R & D is also a huge opportunity for lawmakers to promote investment and education. For a full list of potential policies, see an exhaustive list in the National Research Council’s Advancing the Science of Climate Change.

With regard to ML, the possibilities for gathering and assessing data, enforcing the regulation, developing processes and bringing new knowledge to light are endless. An excellent example is the energy consumption of buildings and cities, responsible for a quarter of worldwide emissions. Believe it or not, the technology to reduce energy consumption in buildings by up to 90% is available today. The biggest obstacles are “heterogeneity and inertia”, along with a lack of high-quality data for urban planning. But ML can even be harnessed to help gather and interpret this necessary data to inform policymakers.

“Urban planning and public policy can play a major role in reducing emissions by providing infrastructure, financial incentives, or energy standards for buildings.” Long-term benefits include lower costs, expenditure, improved quality of life for inhabitants and of course, lowered emissions.

With growing maturity in self-responsibility for social and environmental justice, now is the time to act. 64% of Americans say that protecting the environment “should be a top priority for the president and Congress.” Hard choices need to be made now to avoid harder consequences later.