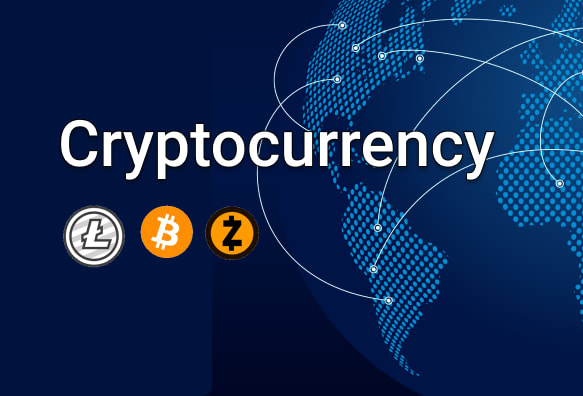 Crypto = the art of writing or solving codes

Currency = a system of money in general use

Put ‘em together, and you’ve got a digital currency, encoded for security.

There are 5000+ cryptocurrencies now available online. We’re sure you’ve heard of some of them. From Bitcoin first becoming available in early 2009 to the popularized phenomenon of Dogecoin, the term ‘cryptocurrency’ is now colloquial. The market-wide cap is now valued at over $USD2 trillion.

For some, it’s seen as a frenzied trend, niche hysteria and unstable. For others, it’s the new frontier, destined to be the currency of the future.

But what do you do with it?

Just like real cash, you can use cryptocurrency to buy goods and services. Depending on the worth of the crypto, one ‘coin’ can be worth any kind of amount. This amount fluctuates as the value of the currency goes up and down.

You can also buy to invest as a stakeholder, ride the wave and sell for profit should the currency yield any.

What’s in it for me?

Invest in what’s seen as the ‘money of the future.’ Innovative choices mean you maximize your potential for relevance and prosperity in the future.

The inflation rate in the USA in 2020 was about 1.25%. Now, compare this with your savings account with a bank. If you’re only earning 1% in interest on what you’ve saved, you will actually be losing 0.25% overall in purchasing power. I.e. your money is worth less than it was when you gave it to the bank, due to inflation.

Cryptocurrency is decentralized, which means it’s outside of governance from the banks.

Some people have made themselves unwittingly rich investing in crypto. However, the hearty disclaimer is that you can also lose a lot, too. It’s a volatile market; it’s not uncommon to see Bitcoin, for instance, fall by more than 10% in a single day. Also, transaction fees and the time it takes to buy and sell can be prohibitive.

The deceptively simple ideology behind blockchain technology underwrites security for crypto. Blockchain is basically a coded chain of data which isn’t altered as it’s changed; it’s added to. Hence, it becomes one long, continuous chain. If a hacker tries to remove or alter any part of it, it corrupts the whole chain. As it’s peer-monitored, it’s even harder to evade detection when trying to do something dodgy.

Depending on the provider, you may be asked to upload proof of funds and government ID. Connect a payment method to complete transactions.

Make your purchase & secure your assets

With many exchanges now mimicking the stock exchange, you can preset commands for trading. In a nutshell, you’re telling the app how you want it to handle your crypto, unless you want to just handle everything manually.

Once you’ve begun to trade, you’re going to need to assess the security of your holdings. The option for you to keep your crypto in the exchange app is always there, but for larger or longer-term asset holdings, it’s better to get a wallet.

For crypto, these come in a few different forms.

There’s a hot wallet, which runs on devices that connect to the net. Arguably, this is the least secure wallet option because of its susceptibility to hack. On the plus side, it’s the most convenient.

A cold wallet is like an external hardware drive that isn’t connected to the internet.

Paper wallets can be generated on some websites; a private and public key are produced for printing. Unless you’re the dude with the paper, you can’t access the crypto. Which makes it harder to use, but definitely way more secure.

What software should I use? What fees do these companies charge?

These are just a select few of the multitude of options available. As above, we recommend doing your research before making a decision.

These vary based on the following ranges, determined by the volume of the transaction and your geographic location:

Pros: Low fees and a huge variety of cryptocurrencies to choose from

Cons: Not beginner-friendly. Only wire-transfer withdrawals. The mobile app doesn’t allow the deposit or withdrawal of funds.

Best for: Those wanting a decentralized network

Pros: Decentralized, which means you don’t need to provide personal information to trade on this platform. Loads of different payment options, so you’re not just restricted to credit or debit. No withdrawal or deposit fees.

Cons: Not for active trading, as trading volumes can be quite low. Not very efficient.

Fees: Accepted in either Bitcoin or BSQ (the native currency for Bisq).

Cons: Limited customer support. They’ve been in the news recently for accusations of misleading their clients and the public, for which their trustworthiness factor has declined.

It’s a crypto currency that started in 2013 as a joke, based on the legendary Doge meme. The meme is usually of a Shiba Inu dog, looking a little shifty, accompanied by Comic Sans font in funny, broken English. The original creators, intending a parody, unwittingly built a brand based on pop culture and mass appeal. This was therefore competitive to Bitcoin, whose founder is a mystery and used a pseudonym, all a bit secretive.

Since the first dogecoin changed hands in 2014, the value has increased by more than 32,000 percent. Earlier this year, a group on Reddit also decided on a collective Doge push that resulted in a boost of over 600% to the crypto. Elon Musk, recently the richest human in world history, started Tweeting about dogecoin in 2019, calling it his ‘fav cryptocurrency.’ This, subsequent posts and a recent appearance on SNL have had a definite influence on the rise of the Doge. 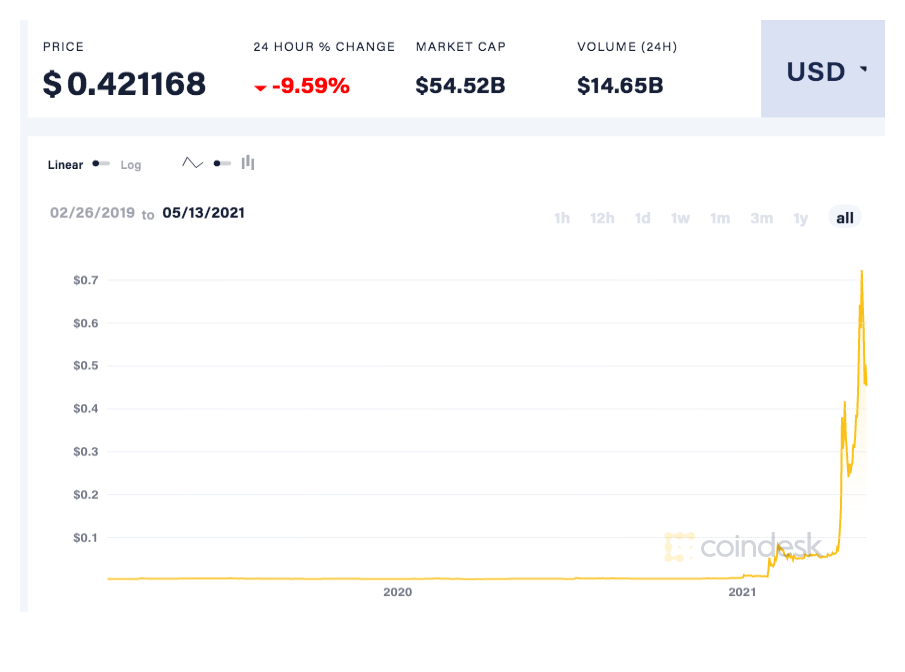 Launched by another mysterious founder who goes by the name Ryoshi, this currency is getting some hype for its resemblance to dogecoin. Using the same Shiba Inu dog (obviously), Ryoshi is proudly promoting the crypto as a ‘Dogecoin killer.’ Charming.

Shiba Inu, which trades as SHIB, isn’t worth anywhere near what Dogecoin is. It’s a meme coin which has popped up alongside thousands of other meme coins since the spike in popularity of Dogecoin. As Ben Caselin, head of research and strategy at AAX, a crypto exchange, puts it: “The hype around meme coins such as Shiba…is not a financial, but a social phenomenon.”

Its attention is driven by an easy choice - to ‘face off’ with a high performing competitor.

What does the future hold for Cryptocurrency?

With the hard cap on Bitcoin of 21 million at most (estimated to be reached by 2140), it’s safe to say that one day, if not in our lifetimes, owning Bitcoin will be extremely valuable.

The popularity of Dogecoin and the endearing and comical nature of its rise and brand means that it’s likely to stick around long after the recent spike. Despite peaks and valleys, it’s now a household name. That said, it does not have a hard cap, meaning that more Dogecoin is issued and created, potentially lessening the overall value, unless it becomes a popular currency goods and services.

As a market driven by speculation. It’s impossible to make a robust prediction. A volatile marketplace, whimsical trends and let’s face it, Elon Musk, are all contributing factors to a variable yield. If you want to get involved, do your research, be prepared to lose what you invest, and throw your expectations out the window.